Frankie died when I was sixteen.  He was the first boy who acted like he cared for me even though I walked with a bad limp.  He didn’t seem to see me as flawed or gross.  He didn’t see me as I saw myself.  He wanted to be with me, wanted to be my friend, wanted my phone number, wanted to hold my hand.  When he saw me coming into the diner in Murphy’s his smile would light up his eyes and they would shine.  We would talk for hours on those lazy Friday afternoons.

I didn’t worry about the limp or feel like I was disgusting to be around.  I felt … normal.  Normal!!!  Not like the freak I felt like when I was around other boys.  I felt normal and, well … pretty.  Yes, he made me feel pretty!

I could care for this boy.  Even though I jerked my hand away from him when he tried to hold it, I could see myself holding his hand.  I could imagine being his girlfriend.

Walking through the mall that Friday afternoon my whole being was buzzing.  I was going to the diner at Murphy’s.  I was going to see Frankie.  All the awkwardness I felt all week at school would go away.  The hurt I’d suffered when the boys at school called me “Tree” or “Limp” would soon melt away.  Frankie would see me coming and bust into that smile that would warm me all the way to my toes.  We would make plans to go to a movie, bowling or swimming at the lake.  He would tease me about something, and I would blush, and all would be well in my world.

As I walked toward Murphy’s I saw him, back to me, helping a customer at the counter.  I smiled.  Then I froze!  My legs would not work.  Tears welled up in my eyes.  They began to stream down my face.  I could not go any closer.  Someone was playing a cruel joke on me.  It WAS him.  Same height, same build, same movements.  But his hair … his hair was gone!  All the thick brown hair that had been there before was gone.  He was bald.  Completely bald!  I didn’t know what to say.  I was only fifteen.  He was only seventeen.  No teenager should be bald.

I knew he had leukemia.  We had talked some about it, but mostly we ignored it.  We had prayed.  God would heal him!  I gave him scriptures for encouragement. I stayed positive. And we played.  No deep talks about his feelings about it or what it was doing to his body.  I just ignored it except in my nightly prayer time.

I pleaded with God.   I begged God.  PLEEEEEASE heal Frankie.  I even promised that I would not pray for myself ever again.  I would only pray for Frankie.  I claimed the verse in James 5:16. It said, “Confess your faults one to another, and pray one for another that ye may be healed.  The effectual fervent prayer of a righteous man availeth much.”

Now I was seeing that my prayers for Frankie’s healing were not working.  He was bald and I could not face him.  I told my mom that I couldn’t do it and I fled from the mall.  Guilt.  That’s what I felt – total guilt!!!  He had been so good to me when I felt like a freak, but I couldn’t return the favor.  I was a horrible friend!!!

My weekly trips to the mall stopped.  I just couldn’t see Frankie like that.  I kept up with him through his Aunt Gloria. I even called when he was in the hospital in Birmingham to tell him I was praying for him.  I would apologize for not coming to the mall to see him, but I was too late.  He was too sick to talk to me.   Yes, his mom would relay the message that I called, but there would be no more talking to Frankie.

A short time later, I was at my grandparent’s lying on the bed looking at the local newspaper from back home.  There on the front page was Frankie.  Again, he had his back to me, and he was bald. He was just looking into his dresser mirror, not smiling, not frowning.  There in the corner was his high school senior portrait.  Frankie, smiling that smile that warmed me to my toes, with all his thick, beautiful, brown hair.  The caption above the article and picture read, “Setzer Loses Battle.”  Frankie was gone!!!

I remember screaming and beating the paper with my fists.  I was not able to go to the funeral because I was reading that article one hour before it started, it was a forty-five-minute drive, and I did not have a car or any dress clothes.

That started my plummet into the dark world of depression.  I remember sitting on the swing in my backyard crying, telling God I would NEVER love again.  I encased my heart with cement to protect it because it just hurt too much to love and loose.

It was the first time I wanted to die because the pain was just so great.  I grabbed the Tylenol bottle because my family didn’t have any good drugs to kill myself with.   I had never learned how to take pills, so I sat on my bed and began to take them one at the time.  With the third one, I began choking and threw them all up.  I couldn’t even kill myself right!  For years the mascara stain on my bright green, butterfly pillow sham reminded me that I would never love again because it hurt too much to love and loose and I could not die.

Three years later, I discovered the great drug alcohol which helped me not to feel the pain of shutting my heart off from love.  It worked wonders at first and it helped me to be happy.  There was only one problem. Within five years the alcohol began to let me down and stop working.

I was again at the place of wanting to die and again I realized that I could not kill myself.  This time I walked into the rooms of Alcoholics Anonymous and asked for help.  I have never turned back to alcohol, and over the years I have chiseled away at the cement casing around my heart a little at a time, but I have felt like it is still there stopping me from fully giving my love to and receiving love from anyone. I have often feared that I would never love again, and I knew this was not fully living.

Last month in The Master Key Experience we spent the month reading the second scroll of Og Mandino’s book The Greatest Salesman in the World.  A part of that scroll states, “Never will I allow my heart to become small and bitter, rather I will share it and it will grow and warm the earth.  I will greet this day with love in my heart.”

We read this scroll three times a day, as it was written, for two weeks.  The third week we were instructed to cross out the word “will” and continue to read the scroll three times a day.  I now read it as, “Never I allow my heart to become small and bitter, rather I share it and it grows and warms the earth.  I greet this day with love in my heart.”  WOW!  As I read this scroll each day, I began to feel the cement being chipped away more from my heart.

I can finally begin to see my heart peeking through the cement, and it is beating.  It is not dead as I had feared, it is alive.  I want it to grow so, NEVER I allow my heart to become small and bitter, rather I share it and it grows and warms the earth.  I greet this day with love in my heart!!! 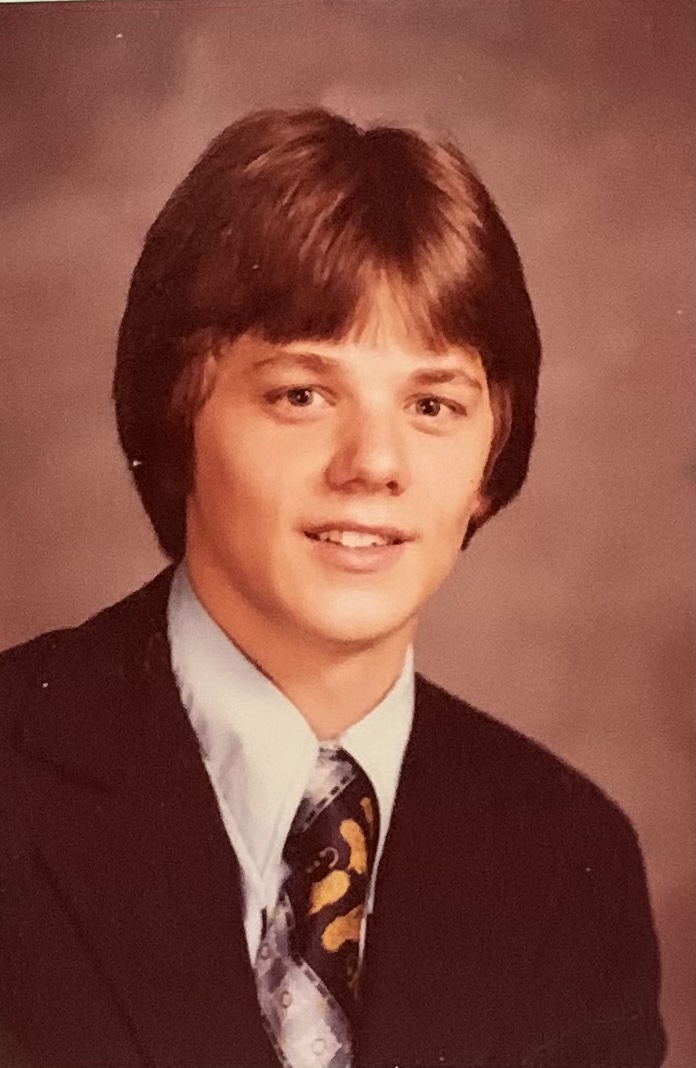 Get on the waiting list for the next session of The Master Key Experience here. To receive a free copy of The Seven Day Mental Diet, complete the form above.

I am an artist who crochets to relax. I am passionate about Essential Oils, my family and improving my life on a daily basis. Subscribe today for the 7-Day Mental Diet and get started on your new life.

Week 9 – Confession and Visualization
Next Post:Week 11 – The Law of Growth